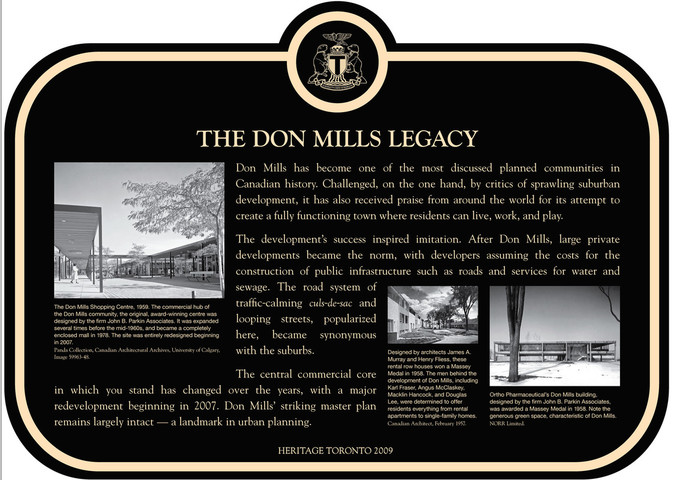 Don Mills has become one of the most discussed planned communities in Canadian history. Challenged, on the one hand, by critics of sprawling suburban development, it has also received praise from around the world for its attempt to create a fully functioning town where residents can live, work, and play.

The development's success inspired imitation. After Don Mills, large private developments became the norm, with developers assuming the costs for the construction of public infrastructure such as roads and services for water and sewage. The road system of traffic-calming culs-de-sac and looping streets, popularized here, became synonymous with the suburbs.

The central commercial core in which you stand has changed over the years, with a major redevelopment beginning in 2007. Don Mills' striking master plan remains largely intact a landmark in urban planning.