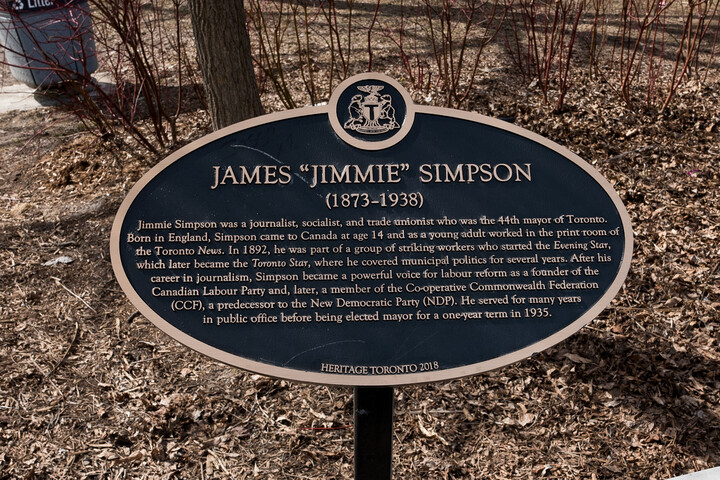 Jimmie Simpson was a journalist, socialist, and trade unionist who was the 44th mayor of Toronto. Born in England, Simpson came to Canada at age 14 and as a young adult worked in the print room of the Toronto News. In 1892, he was part of a group of striking workers who started the Evening Star, which later became the Toronto Star, where he covered municipal 'Politics Law and the Military' for several years. After his career in journalism, Simpson became a powerful voice for labour reform as a founder of the Canadian Labour Party and, later, a member of the Co-operative Commonwealth Federation (CCF), a predecessor to the New Democratic Party (NDP). He served for many years in public office before being elected mayor for a one-year term in 1935.