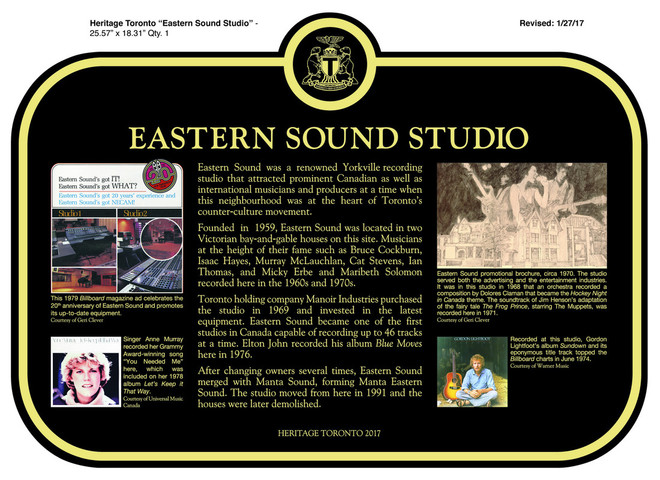 Founded in 1959, Eastern Sound was a renowned Yorkville recording studio that attracted many prominent Canadian and international musicians at a time when the neighbourhood was the heart of Toronto's counter-culture movement.

Located on this site in two Victorian bay-and-gable homes, Eastern Sound recorded the music of performers such as Cat Stevens, Isaac Hayes, Anne Murray, Bruce Cockburn, Murray McLaughlin, and Ian Thomas, as well as Micky Erbe and Maribeth Solomon at the height of their fame in the 1960s and 1970s.

Toronto holding company Manoir Industries purchased the studio in 1969 and invested in the latest equipment. Eastern Sound became one of the first studios in Canada to have a console capable of recording up to 48 tracks at a time. Elton John recorded his album Blue Moves here in 1976.