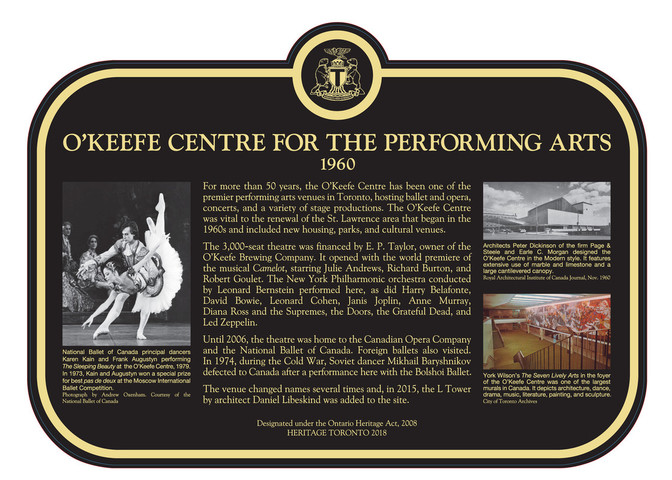 1960
For more than 50 years, the O’Keefe Centre has been one of the premier performing arts venues in Toronto, hosting ballet and opera, concerts, and a variety of stage productions. The O’Keefe Centre was vital to the renewal of the St. Lawrence area that began in the 1960s and included new housing, parks, and cultural venues.

Until 2006, the theatre was home to the Canadian Opera Company and the National Ballet of Canada. Foreign ballets also visited. In 1974, during the Cold War, Soviet dancer Mikhail Baryshnikov defected to Canada after a performance here with the Bolshoi Ballet.

The venue changed names several times and, in 2015, the L Tower by architect Daniel Libeskind was added to the site.

Designated under the Ontario Heritage Act, 2008