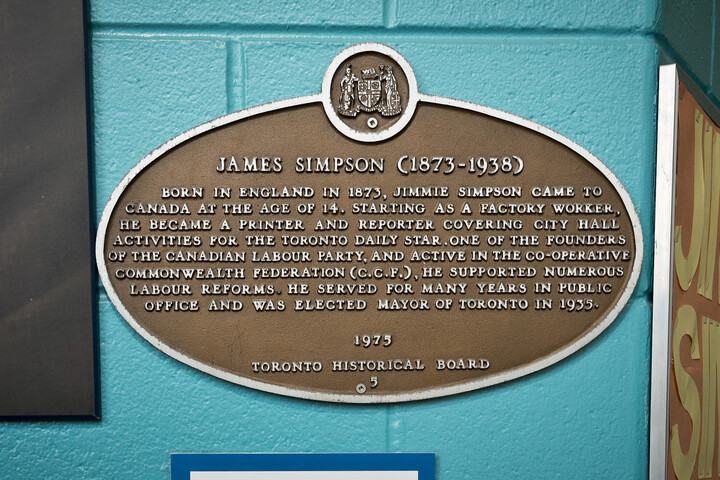 Born in England in 1873 Jimmie Simpson came to Canada at the age of 14. Starting as a factory worker he became a printer and reporter covering City Hall activities for the Toronto Daily Star. One of the founders of the Canadian Labour Party and active in the Co-operative Commonwealth Foundation (C.C.F) he supported numerous labour reforms. He served for many years in public office and was elected Mayor of Toronto in 1935.