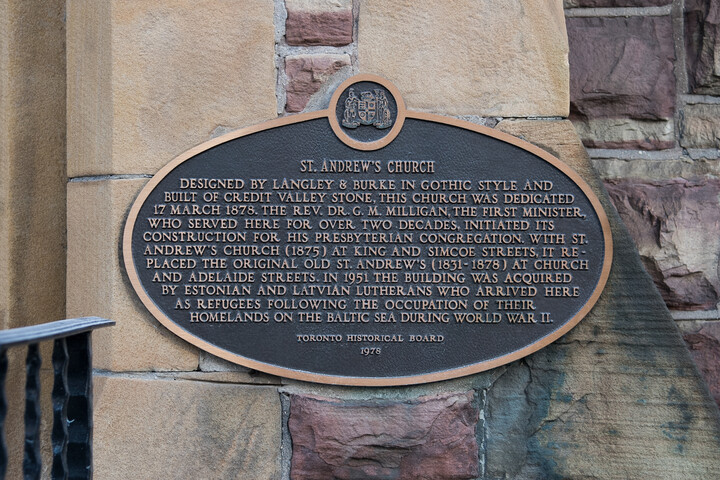 Designed by Langley & Burke in Gothic style and built of Credit Valley stone, this church was dedicated 17 March 1878. The Rev. Dr. G. M. Milligan, the first Minister, who served here for over two decades, initiated its construction for his Presbyterian congregation. With St. Andrew's Church (1875) at King and Simcoe Streets, it replaced the original Old St. Andrew's (1831-1878) at Church and Adelaide Streets. In 1951 the building was acquired by Estonian and Latvian Lutherans who arrived here as refugees following the occupation of their homelands on the Baltic Sea during World War II.