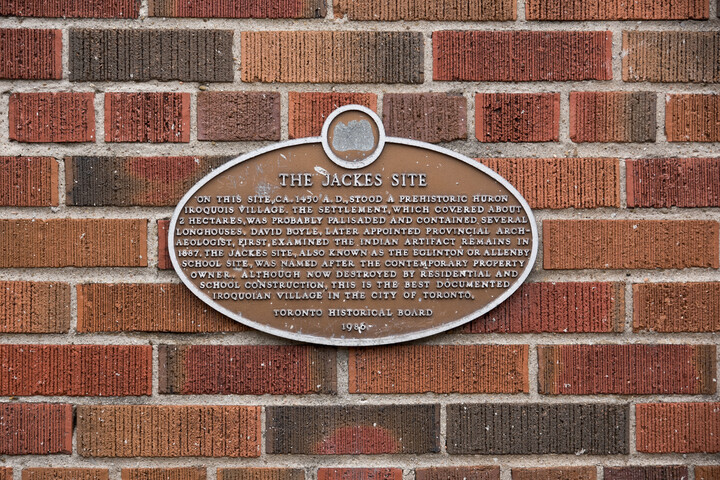 On this site, ca. 1450 A.D., stood a prehistoric Iroquois village. The settlement, which covered about 2 ha, was probably palisaded and included several longhouses. David Boyle, later appointed Provincial Archaeologist, first examined the Indian artifact remains in 1887. The Jackes site, also known as the Eglinton or Allenby School Site, was named after the contemporary property owner. Although now destroyed by residential and school construction, this is the best documented Iroquoian village in the City of Toronto.

Comments
Related resources
View these resources as a result set
The Jackes...