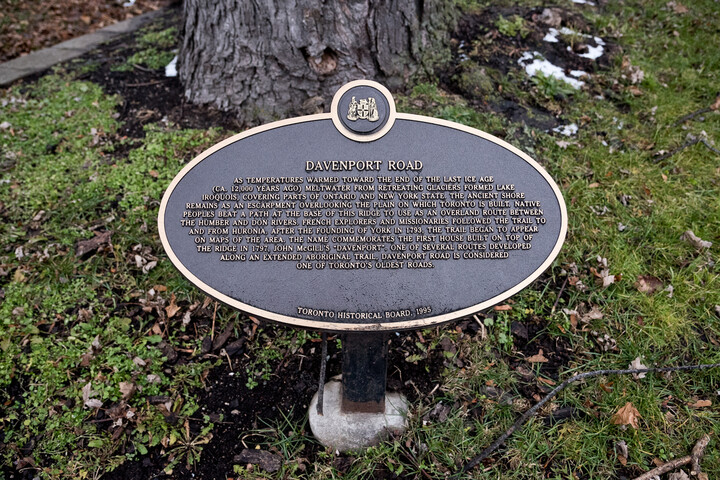 As temperatures warmed toward the end of the last Ice Age (ca. 12,000 years ago) meltwater from retreating glaciers formed Lake Iroquois, covering parts of Ontario and New York State. The ancient shore remains as an escarpment overlooking the plain on which Toronto is built. Native peoples beat a path at the base of this ridge to use as an overland route between the Humber and Don rivers. French explorers and missionaries followed the trail to and from Huronia. After the founding of York in 1793, the trail began to appear on maps of the area. The name commemorates the first house built on top of the ridge in 1797, John McGill's "Davenport". One of several routes developed along an extended aboriginal trail, Davenport Road is considered one of Toronto's oldest roads.