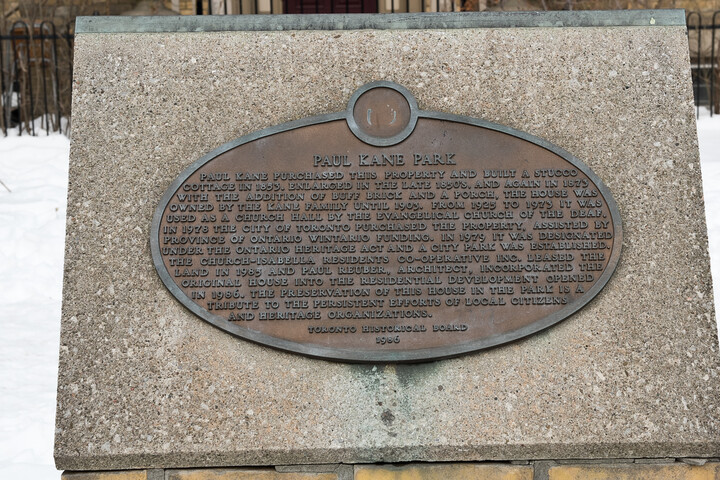 Paul Kane purchased this property and built a stucco cottage in 1853. Enlarged in the late 1850's, and again in 1873 with the addition of buff brick and a porch, the house was owned by the Kane family until 1903. From 1925 to 1973 it was used as a church hall by the Evangelical Church of the Deaf. In 1978 the City of Toronto purchased the property, assisted by Province of Ontario WINTARIO funding. In 1979 it was designated under the Ontario Heritage Act and a city park was established. The Church-Isabella Residents Co-operative Inc. leased the land in 1985 and Paul Reuber, Architect, incorporated the original house into the residential development opened in 1986. The preservation of this house in the park is a tribute to the persistent efforts of local citizens and heritage organizations.