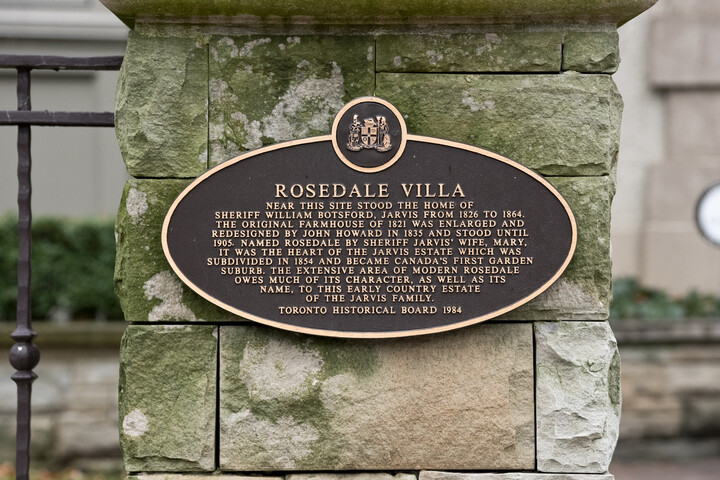 Near this site stood the home of Sheriff William Botsford Jarvis from 1826 to 1864. The original farmhouse of 1821 was enlarged and redesigned by John Howard in 1835 and stood until 1905. Named Rosedale by Sheriff Jarvis' wife, Mary, it was the heart of the Jarvis estate which was subdivided in 1854 and became Canada's first garden suburb. The extensive area of modern Rosedale owes much of its character, as well as its name, to this early country estate of the Jarvis family.

Comments
Related resources
View these resources as a result set
Site of...