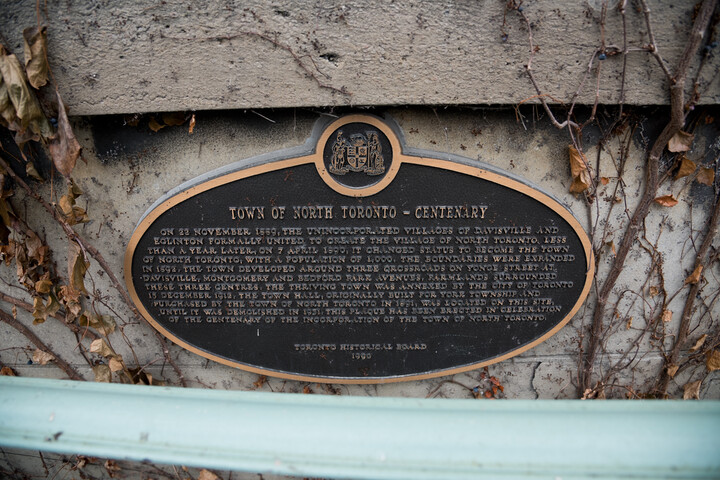 On 22 November 1889, the unincorporated villages of Davisville and Eglinton formally united to create the Village of North Toronto. Less than a year later, on 7 April 1890, it changed status to become the Town of North Toronto, with a population of 1,000. The boundaries were expanded in 1892. The town developed around three crossroads on Yonge Street at Davisville, Montgomery and Bedford Park Avenues. Farmlands surrounded these three centres. The thriving town was annexed by the City of Toronto 15 December 1912. The town hall, originally built for York Township and purchased by the Town of North Toronto in 1891, was located on this site, until it was demolished in 1931. This plaque has been erected in celebration of the centenary of the incorporation of the Town of North Toronto.

Comments
Related resources
View these resources as a result set
Plaque on...