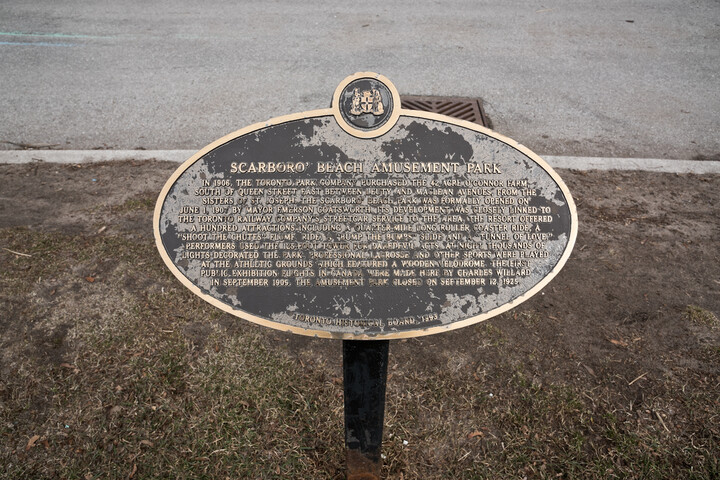 In 1906, the Toronto Park Company purchased the 17 ha O'Connor farm, south of Queen Street East between Leuty and MacLean Avenues, from the Sisters of St. Joseph. The Scarboro' Beach Park was formally opened on June 1, 1907 by Mayor Emerson Coatsworth. Its development was closely linked to the Toronto Railway Company's streetcar service to the area. The resort offered a hundred attractions including a .4 km long roller coaster ride, a "Shoot the Chutes" flume ride, a "Bump the Bumps" slide and a "Tunnel of Love." Performers used the 38 m tower for daredevil acts. At night, thousands of lights decorated the park. Professional lacrosse and other sports were played at the Athletic Grounds which featured a wooden velodrome. The first public exhibition flights in Canada were made here by Charles Willard in September 1909. The amusement park closed on September 12, 1925.