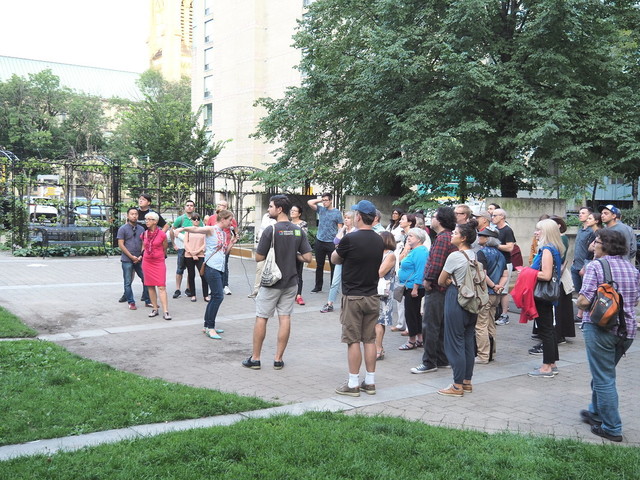 Tour participants are standing in Court House Square, named after the third, and oldest remaining courthouse in Toronto - the Adelaide Street Court House, also known as the York County Court House. In 1900, the court houses moved to City Hall, and the court house became the headquarters for the Arts and Letters Club, then a jazz nightclub, and now Terroni's Restaurant.

This civic square was a place for public demonstrations, political rallies, religious gatherings, and executions, the last occurring in 1862.