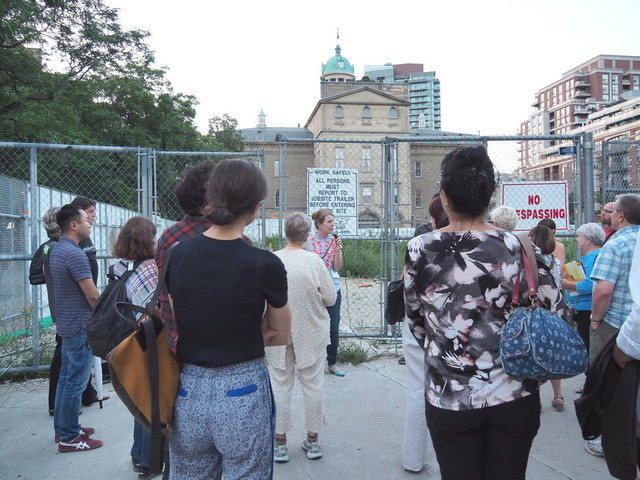 Participants are standing on Front Street, with the back of St. Lawrence Hall visible over a fenced-off construction site. This parcel of land was part of the original site designated as a public marketplace by lieutenant-governor Peter Hunter in 1803. It is the only piece of property in Toronto that has been continuously used for one purpose, selling food, since it was designated. There have been a number of different structures built on this site, most recently the North Market Building opened in 1968. This was torn down in 2016 as party of the City's plan to revitalize the market site.