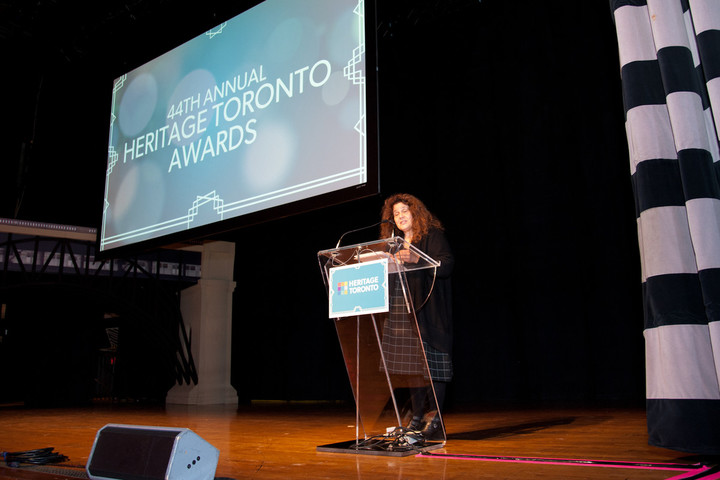 Toronto's Poet Laureate, Anne Michaels, during the ceremony for the Heritage Toronto Awards, reads "St Clair Avenue", a poem written for the evening.