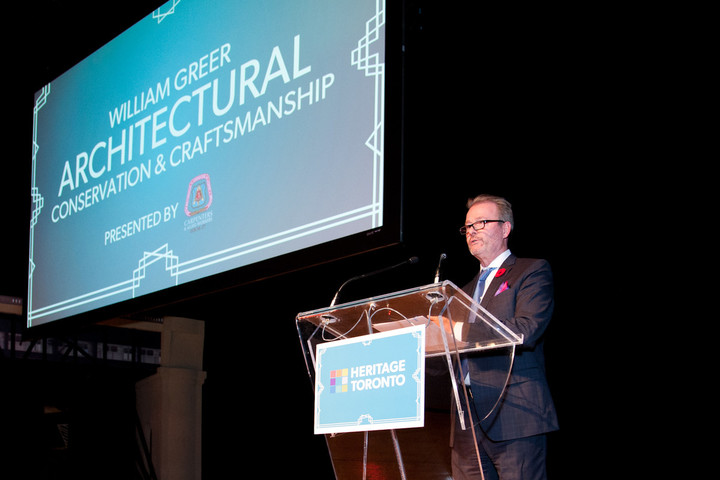 Mike Yorke, President of Carpenters Union Local 27, presents the awards for the William Greer Architectural Conservation and Craftsmanship category. The organization was the Mayor's Reception Sponsor for the event.