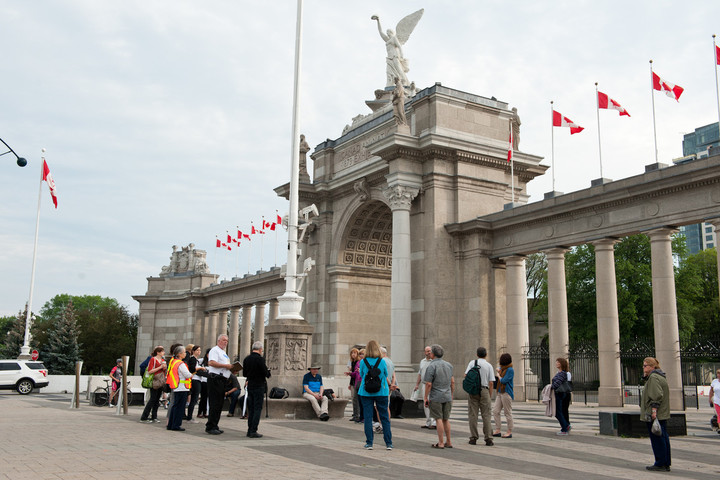 Tour group at the entrance to Exhibition Place - the Princes' Gates, built in 1927 to mark Canada's 60th anniversary.

Designed by the Toronto architectural firm of Chapman and Oxley, the gates evoke the style of ancient Greece and Rome, featuring a central arch and a 91-metre long structure surmounted by a statue of the Winged Victory.

Originally called the Diamond Jubilee Gates, they were renamed to honour the visiting Edward, Prince of Wales, and his brother Prince George. The princes were both present at its official opening on Tuesday, August 30, 1927.