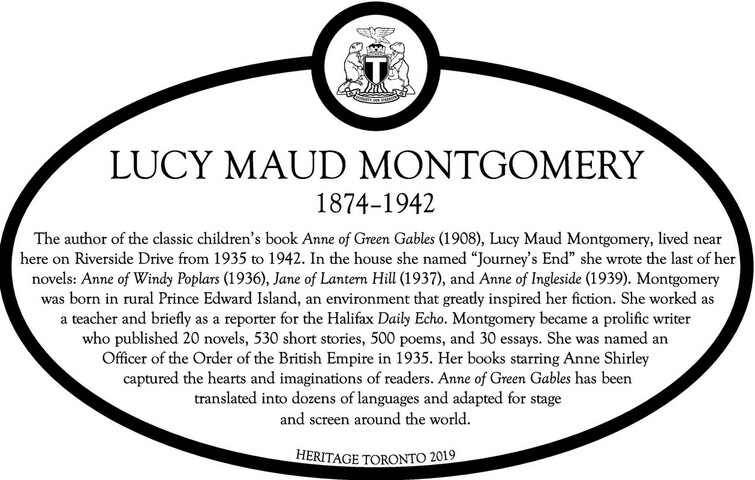 The author of the classic children's book "Anne of Green Gable" (1908), Lucy Maud Montgomery, lived near here on Riverside Drive from 1935 to 1942. In the house she named "Journey's End" she wrote the last of her novels: "Anne of Windy Poplars" (1936), "Jane of Lantern Hill" (1937), and "Anne of Ingleside" (1939(. Montgomery was born in rural Prince Edward Island, an environment that greatly inspired her fiction. She worked as a teacher and briefly as a reporter for the Halifax "Daily Echo". Montgomery became a prolific writer who published 20 novels, 530 short stories, 500 poems, and 30 essays. She was named an Officer of the Order of the British Empire in 135. Her books starring Anne Shirley captured the hearts and imaginations of readers. "Anne of Green Gables" has been translated into dozens of languages and adapted for stage and screen around the world.