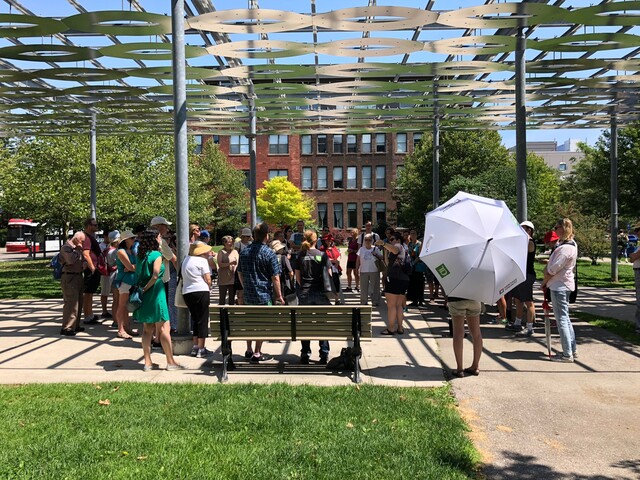 Tour participants at the start of the Liberty Village tour at Massey Harris Park. Named for the Massey-Harris (later Massey-Ferguson) Company, the park commemorates the business which began in 1847 and became the world’s largest maker of farm equipment.

The company moved to Toronto in 1879, where it became one of the leading employers in the city. The massive collection of factories, occupied an 11 acre site with plant and head office at 915 King Street West, and is now part of the neighbourhood known as Liberty Village.