Archbishop Oscar Romero on a visit to Rome, Italy, 1978. Courtesy of Wikimedia Commons. 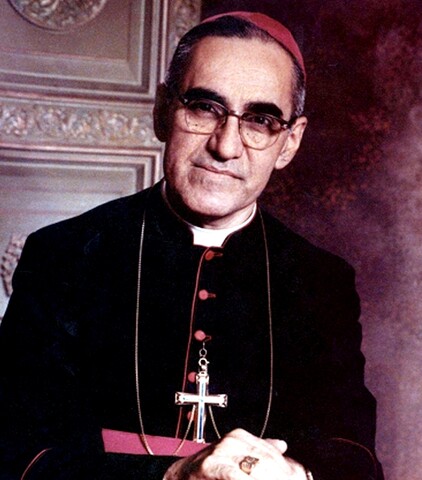 Oscar Romero was a Salvadoran Archbishop who condemned the government's human rights violations in El Salvador. On March 24, 1980, Romero was assassinated after delivering a sermon at a church-run hospital. After his death, Romero was viewed as a martyr and folk hero among the Salvadoran people. On the 10 year anniversary of Romero’s death, and as a testament to his global influence, March 24, 1990 was declared "Archbishop Oscar Romero Day" in Toronto by Mayor Art Eggleton. In 2018, Romero was canonized by the Catholic Church.

Archbishop Oscar Romero on a visit to Rome, Italy, 1978. Courtesy of Wikimedia Commons.