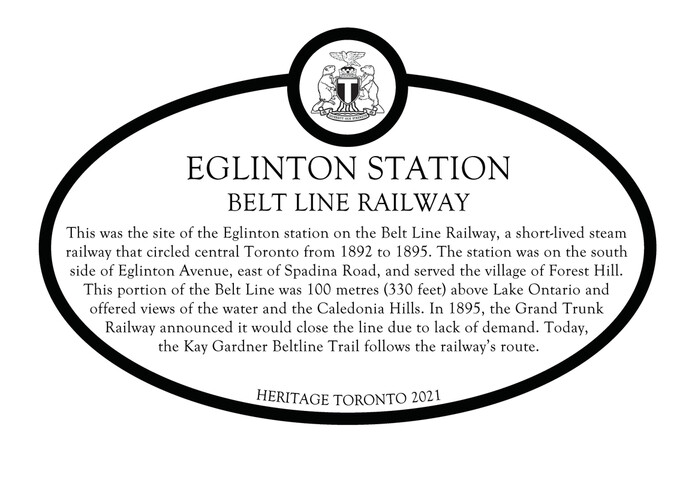 This was the site of the Eglinton station on the Belt Line Railway, a short-lived steam railway that circled central Toronto from 1892 to 1895. The station was on the south side of Eglinton Avenue, east of Spadina Road, and served the village of Forest Hill. This portion of the Belt Line was 100 metres (330 feet) above Lake Ontario and offered views of the water and the Caledonia Hills. In 1895, the Grand Trunk Railway announced it would close the line due to lack of demand. Today, the Kay Gardner Beltline Trail follows the railway’s route.