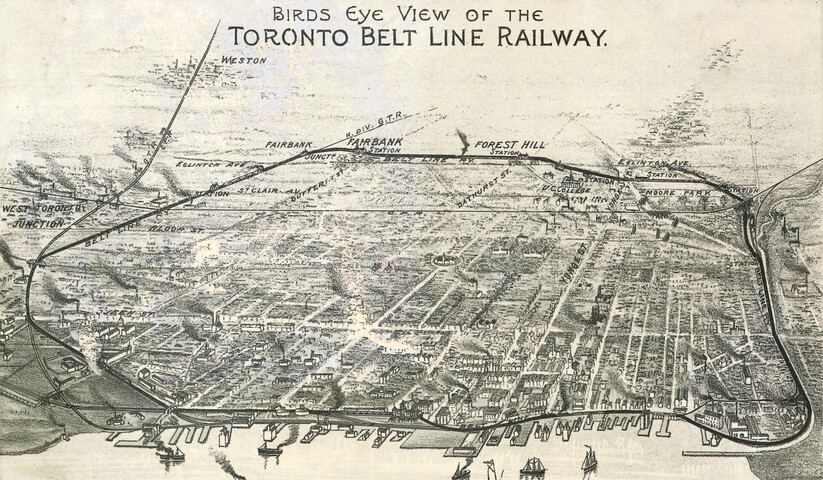 The Toronto Belt Line Railway, founded in 1889, may be considered one of the first commuter railways of Toronto. A belt line is a type of railway or streetcar line that runs in a loop. The main route of the Toronto Belt Line ran along the lakeshore, up the Don Valley, across Eglinton Ave and just west of Lansdowne Avenue. The company also had a smaller loop that serviced Parkdale and the Junction. Although there were high hopes that commuters would use the line, by July of 1894 ridership was so low the company only had three trains a day. The railway closed that November.