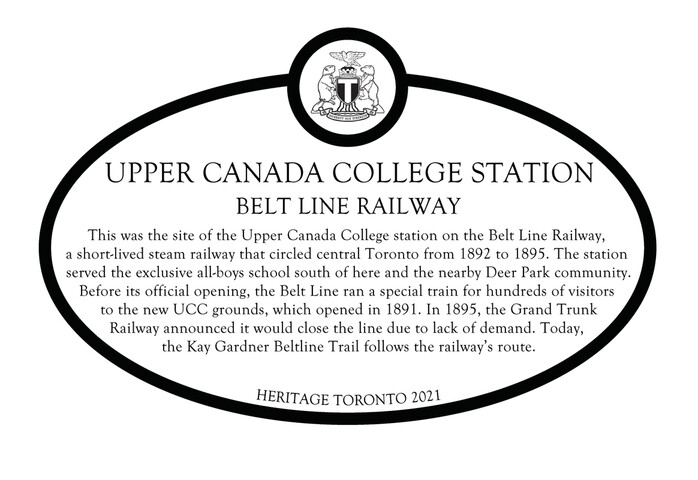 This was the site of the Upper Canada College station on the Belt Line Railway, a short-lived steam railway that circled central Toronto from 1892 to 1895. The station served the exclusive all-boys school south of here and the nearby Deer Park community. Before its official opening, the Belt Line ran a special train for hundreds of visitors to the new UCC grounds, which opened in 1891. In 1895, the Grand Trunk Railway announced it would close the line due to lack of demand. Today, the Kay Gardner Beltline Trail follows the railway’s route.