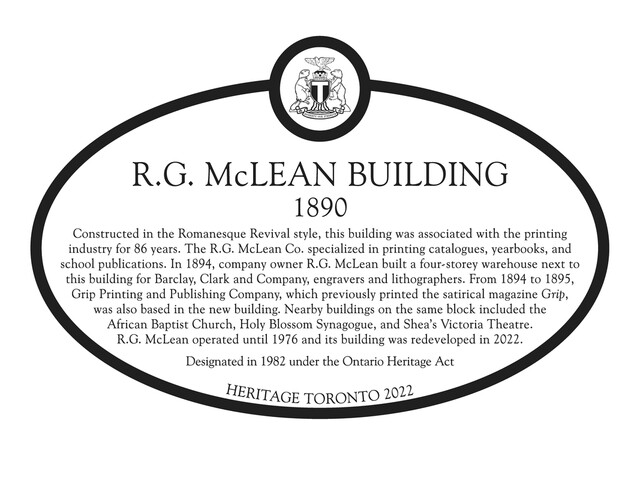 Constructed in the Romanesque Revival style, this building was associated with the printing industry for 86 years. The R.G. McLean Co. specialized in printing catalogues, yearbooks, and school publications. In 1894, company owner R.G. McLean built a four-storey warehouse next to this building for Barclay, Clark and Company, engravers and lithographers. From 1894 to 1895, Grip Printing and Publishing Company, which previously printed the satirical magazine Grip, was also based in the new building. Nearby buildings on the same block included the African Baptist Church, Holy Blossom Synagogue, and Shea’s Victoria Theatre. R.G. McLean operated until 1976 and its building was redeveloped in 2022. Designated in 1982 under the Ontario Heritage Act.