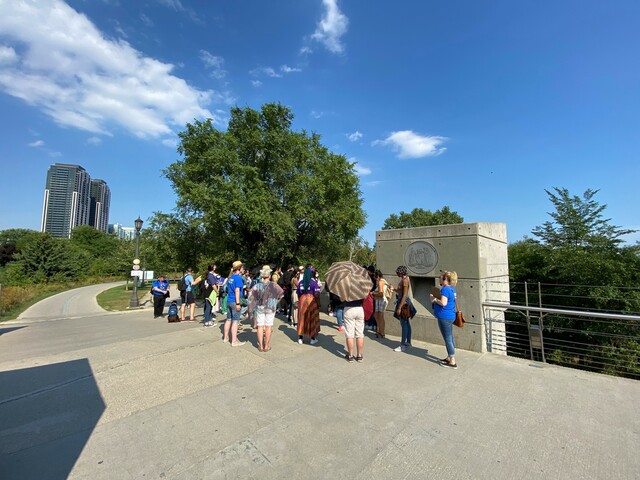 The design of the Humber Bay Arch Bridge honours the First Nations influence in the area. The Humber River was a significant trading route used by First Nations for more than two hundred years, allowing access to the northern Lake Simcoe and Georgian Bay. Completed in 1994, the bridge displays the Thunderbird, an important symbol to First Nations people. Inset along the bridge are numerous animal shapes, including the turtle, which reflect some of the natural species that occupied this area.