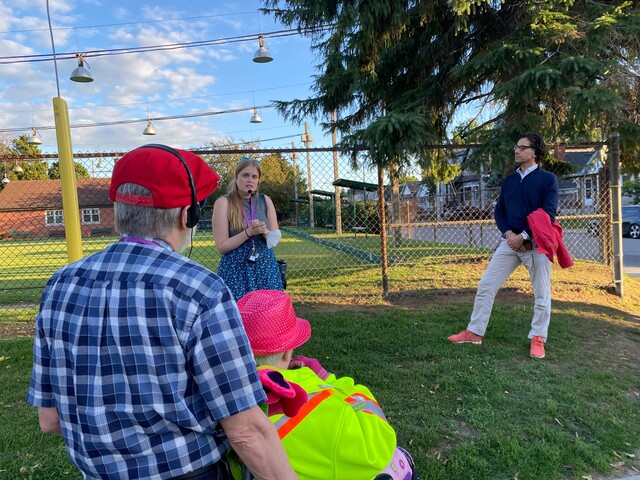 In 1929, a small group living around Cosburn and Coxwell founded the Cosburn Lawn Bowling Club. The club was sponsored by the East York township council, as part of the ongoing push for more organized recreation. Initially, the club was organized into men’s and women’s groups which operated separately. Membership continued to rise throughout the 20th century, and the current clubhouse was completed in 1979. The club also hosts the Toronto Rainbowlers, the first official 2SLGBTQ+ lawn bowling society in Toronto.