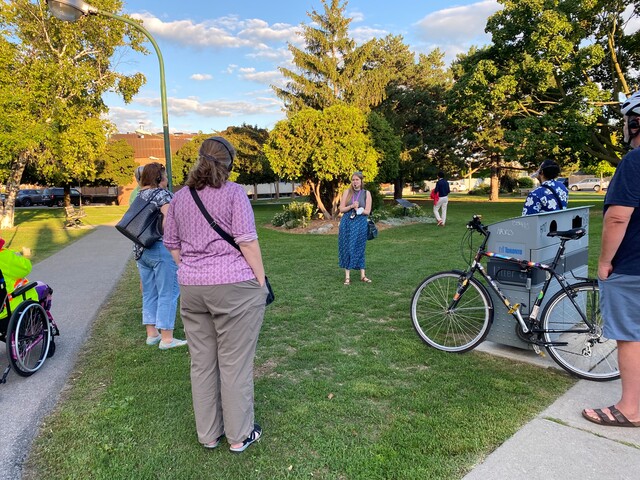 True Davidson Park was named after Gertrude “True” Davidson. Known as one of the most colourful local politicians, Davidson was the first woman to be elected reeve of East York, and the first mayor of the newly formed East York borough in the 1960s. Davidson retired from politics in 1972, but she continued to be active in environmental issues, serving as a member of the Toronto Region and Conservation Authority. The park was named in her honour in 2008.