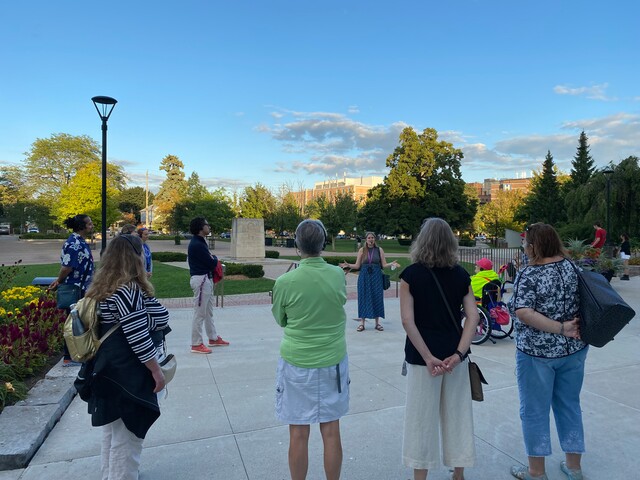 Constructed in 1990, the current East York Civic Centre complex replaced the much smaller civic centre built on the same site in the 1970s. The Civic Centre was only used as a municipal centre for a short time, as East York was amalgamated into the City of Toronto in 1998, despite opposition from many long-time residents. While the building's role was short lived as the East York municipal offices, the centre continues to act as a community space at the heart of East York and frequently hosts farmers' markets and other outdoor events.