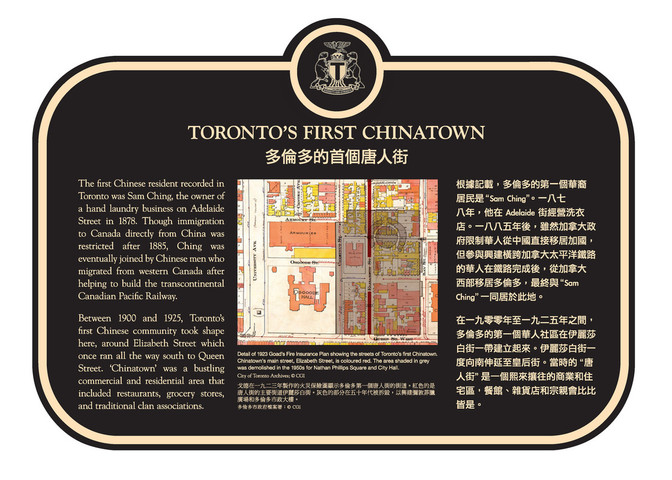 The first Chinese resident on record in Toronto was Sam Ching the owner of a hand laundry business on Adelaide Street in 1878. Though immigration to Canada directly from China was restricted after 1885 Ching was eventually joined by Chinese men who migrated from western Canada after helping to build the transcontinental Canadian Pacific Railway.

Between 1900 and 1925 Toronto's first Chinese community took shape here around Elizabeth Street which once ran all the way south to Queen Street. ‘Chinatown' was a bustling commercial and residential area that included restaurants grocery stores and traditional clan associations.