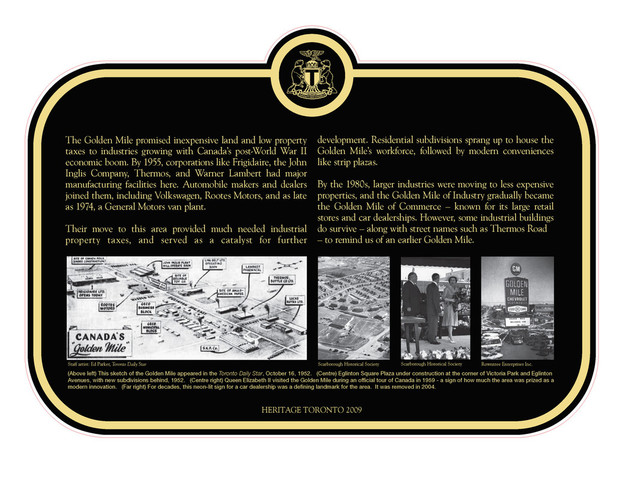 Their move to this area provided much needed industrial property taxes and served as a catalyst for further development. Residential subdivisions sprang up to house the Golden Mile's workforce followed by strip plazas which were then celebrated as modern conveniences.

By the 1980s larger industries were moving to less expensive properties and the Golden Mile of Industry gradually became the Golden Mile of Commerce - known for its large retail stores and car dealerships. However some industrial buildings do survive - along with street names such as Thermos Road - to remind us of an earlier Golden Mile.