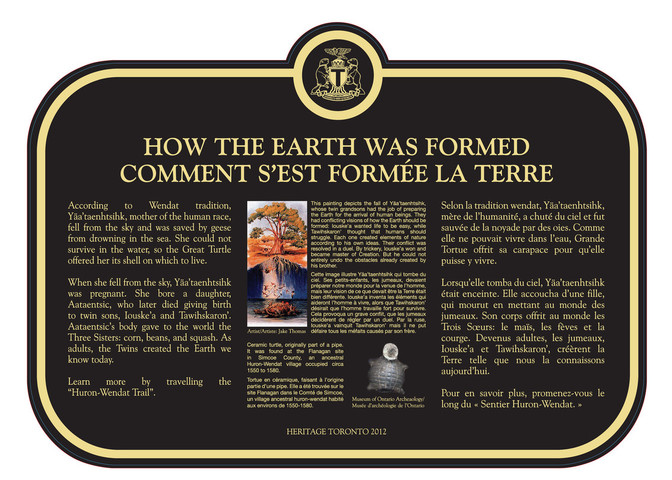 According to Wendat tradition, Yäa'taenhtsihk, mother of the human race, fell from the sky and was saved by geese from drowning in the sea. She could not survive in the water, so the Great Turtle offered her its shell on which to live.

When she fell from the sky, Yäa'taenhtsihk was pregnant. She bore a daughter, Aataentsic, who later died giving birth to two sons, Iouske'a and Tawihskaron'. Aataentsic's body gave to the world the three sisters: corn, beans, and squash. As adults, the Twins created the Earth we know today.