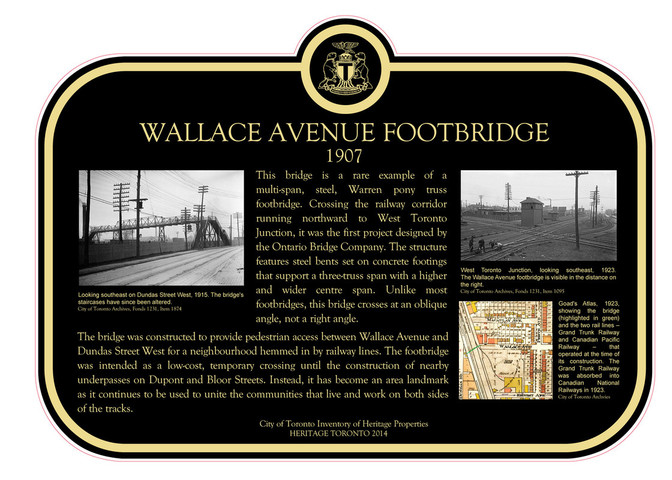 This bridge is a rare example of a multi-span, steel, Warren pony truss footbridge. Crossing the railway corridor running northward to West Toronto Junction, it was the first project designed by the Ontario Bridge Company. The structure features steel bents set on concrete footings that support a three-truss span with a higher and wider centre span. Unlike most footbridges, this bridge crosses at an oblique angle, not a right angle.

The bridge was constructed to provide pedestrian access between Wallace Avenue and Dundas Street West for a neighbourhood hemmed in by railway lines. The footbridge was intended as a low-cost, temporary crossing until the construction of nearby underpasses on Dupont and Bloor Streets. Instead, it has become an area landmark as it continues to be used to unite the communities that live and work on both sides of the tracks.