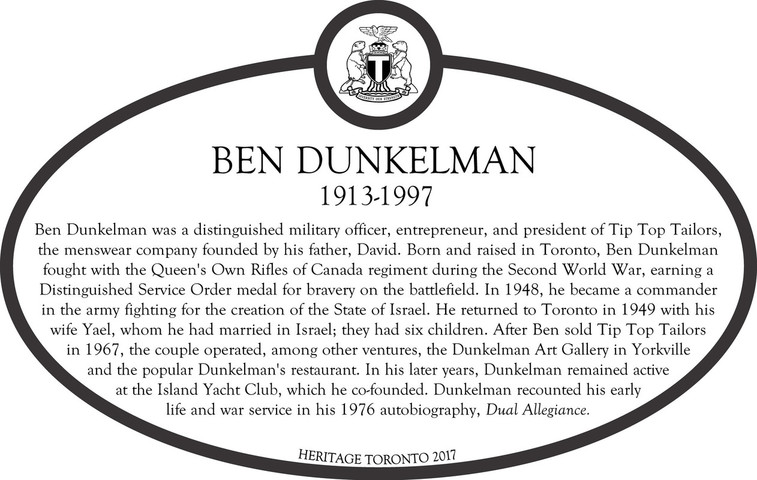 Ben Dunkelman was a distinguished military officer, entrepreneur, and president of Tip Top Tailors, the menswear company founded by his father, David. Born and raised in Toronto, Ben Dunkelman fought with the Queen's Own Rifles of Canada regiment during the Second World War, earning a Distinguished Service Order medal for bravery on the battlefield. In 1948, he became a commander in the army fighting for the creation of the State of Israel. He returned to Toronto in 1949 with his wife Yael, whom he had married in Israel; they had six children. After Ben sold Tip Top Tailors in 1967, the couple operated, among other ventures, the Dunkelman Art Gallery in Yorkville and the popular Dunkelman's restaurant. In his later years, Dunkelman remained active at the Island Yacht Club, which he co-founded. Dunkelman recounted his early life and war service in his 1976 autobiography, Dual Allegiance.