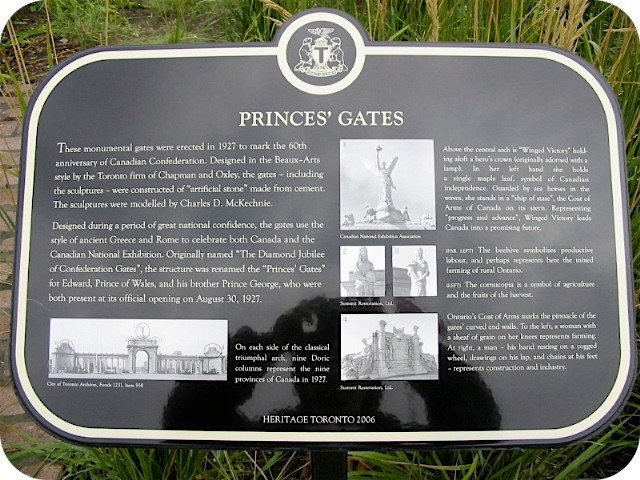 These monumental gates were erected in 1927 to mark the 60th anniversary of Canadian Confederation. Designed in the Beaux-Arts style by the Toronto firm of Chapman and Oxley the gates -including the sculptures - were constructed of "artificial stone" made from cement. The sculptures were modeled by Charles D. McKechnie. Designed during a period of great national confidence the gates use the style of ancient Greece and Rome to celebrate both Canada and the Canadian National Exhibition. Originally named "The Diamond Jubilee of Confederation Gates" the structure was renamed the "Princes' Gates" for Edward Prince of Wales and his brother Prince George who were both present at its official opening on August 30 1927.