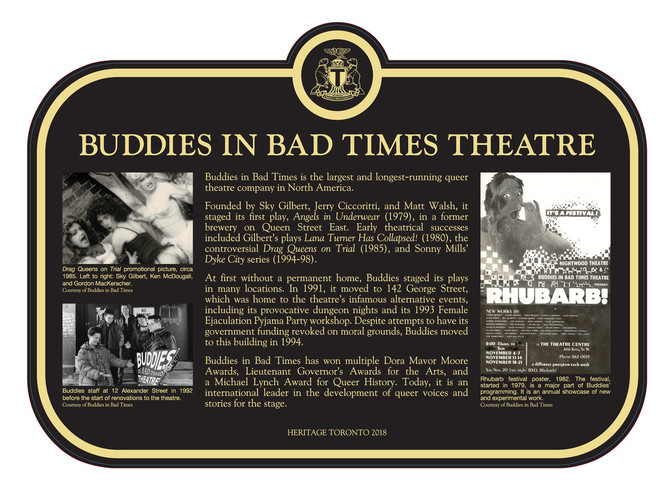 Buddies in Bad Times is the largest and longest-running queer theatre company in North America.

At first without a permanent home, Buddies staged its plays in many locations. In 1991, it moved to 142 George Street, which was home to the theatre’s infamous alternative events, including its dungeon nights and female ejaculation pyjama parties. Despite attempts to have its funding revoked on moral grounds, Buddies moved to this newly-renovated building at 12 Alexander Street in 1994.

Buddies in Bad Times has won multiple Dora Mavor Moore Awards, Lieutenant Governor’s Awards for the Arts, and a Michael Lynch Award for Queer History. Today, it is an international leader in the development of queer voices and stories for the stage.