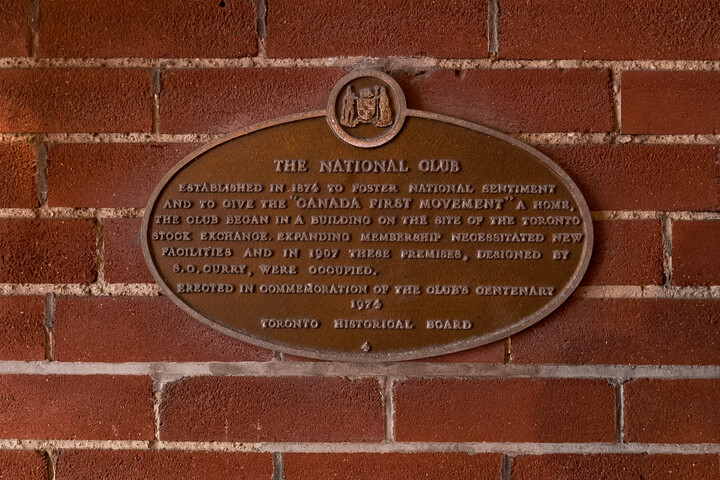 Established in 1874 to foster national sentiment and to give the "Canada First Movement" a home the Club began in a building on the site of the Toronto Stock Exchange. Expanding membership necessitated new facilities and in 1907 these premises designed by S. G. Curry were occupied.

Erected in Commemoration of the Club's Centenary 1974.

Comments
Related resources
View these resources as a result set
The National...