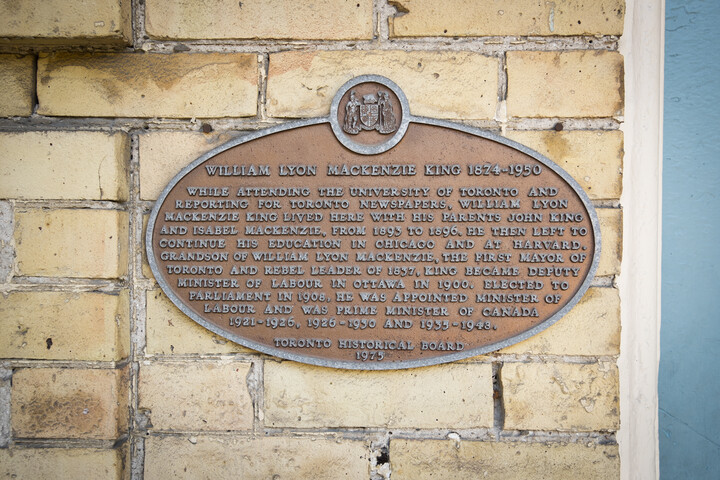 While attending the University of Toronto and reporting for Toronto newspapers, William Lyon Mackenzie King lived here with his parents John King and Isabel Mackenzie, from 1893 to 1896. He then left to continue his education in Chicago and at Harvard. Grandson of William Lyon Mackenzie, the first mayor of Toronto and rebel leader of 1837, King became Deputy Minister of Labour in Ottawa in 1900. Elected to Parliament in 1908, he was appointed Minister of Labour and was Prime Minister of Canada, 1921-1926, 1926-1930 and 1935-1948.

Comments
Related resources
View these resources as a result set
145-147...