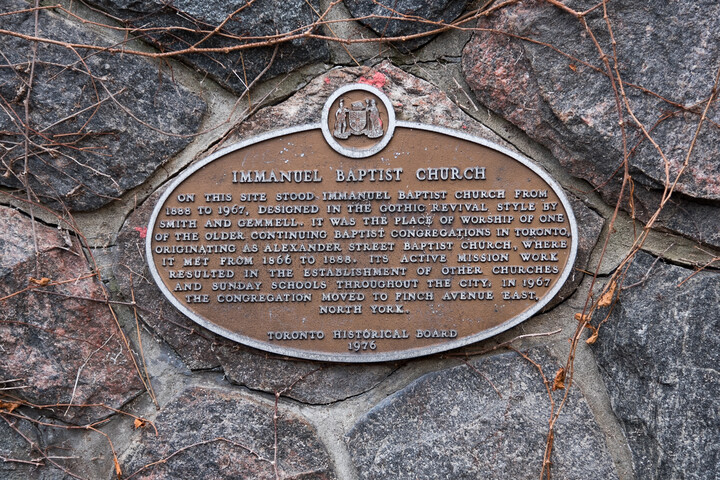 On this site stood the Immanuel Baptist Church from 1889-1967 designed in the Early English Gothic style by Smith and Gemmell. It represented one of the oldest continuing Baptist congregations in Toronto which was originally formed as the Alexander Street Baptist Church, a Gothic white brick structure in use from 1866-1888. The active mission work of the church resulted in the establishment of other churches and Sunday Schools throughout the city. In 1967 the congregation relocated to Finch Avenue East.