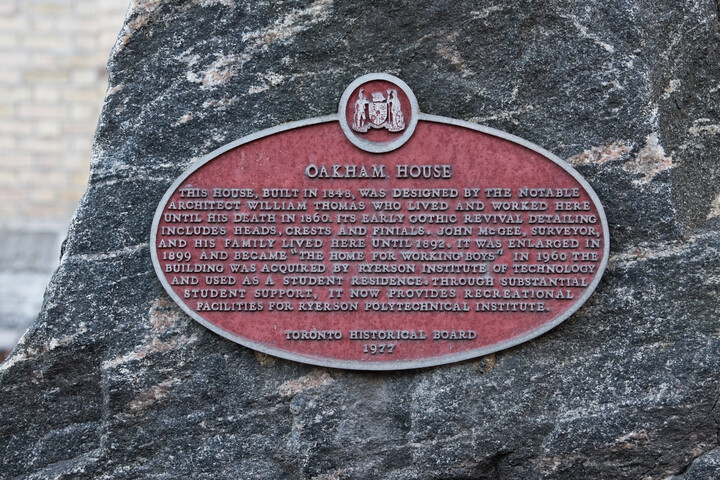 This house, built in 1848, was designed by the notable architect William Thomas who lived and worked here until his death in 1860. Its Early Gothic Revival detailing includes heads, crests and finials. John McGee, surveyor, and his family lived here until 1892. It was enlarged in 1899 and became "The Home for Working Boys". In 1960 the building was acquired by Ryerson Institute of Technology and used as a student residence. Through substantial student support, it now provides recreational facilities for Ryerson Polytechnical Institute.