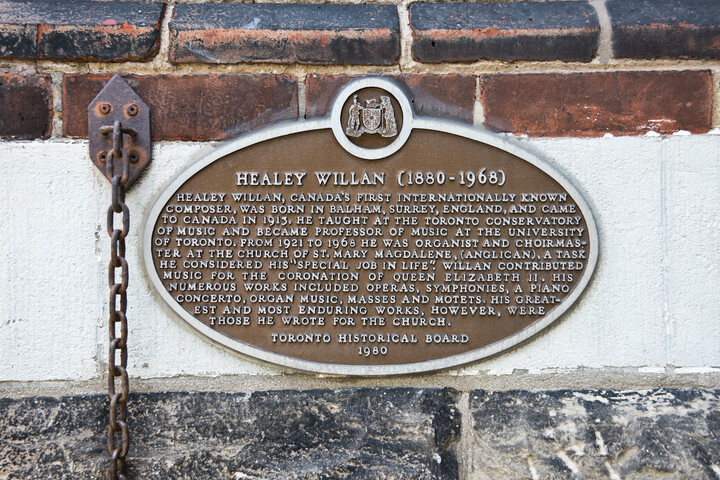 Healey Willan, Canada's first internationally known composer, was born in Balham, Surrey, England, and came to Canada in 1913. He taught at the Toronto Conservatory of Music and became professor of music at the University of Toronto. From 1921 to 1968 he was organist and choirmaster at the church of St. Mary Magdalene, (Anglican), a task he considered his "special job in life". Willan contributed music for the Coronation of Queen Elizabeth II. His numerous works included operas, symphonies, a piano concerto, organ music, masses and motets. His greatest and most enduring works, however, were those he wrote for the church.