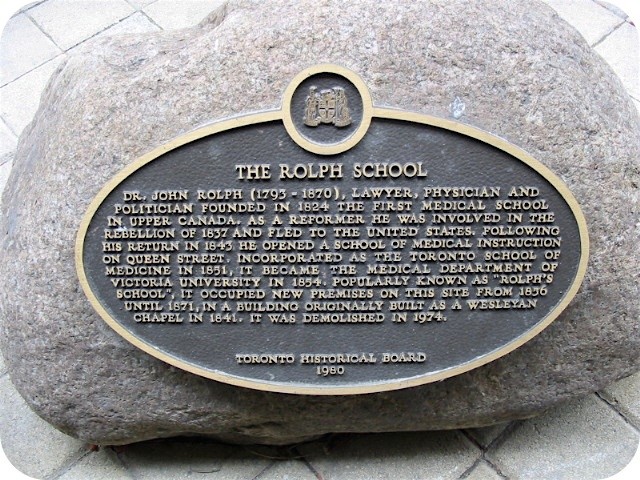 Dr. John Rolph (1793-1870), lawyer, physician and politician founded the first medical school in Upper Canada. As a reformer he was involved in the Rebellion of 1837 and fled to the United States. Following his return in 1845 he opened a school of medical instruction on Queen Street. Incorporated as the Toronto School of Medicine in 1851, it became the Medical Department of Victoria University in 1854. Popularly known as "Rolph's School", it occupied new premises on this site from 1856 until 1871, in a building originally built as a Wesleyan chapel in 1841. It was demolished in 1974.