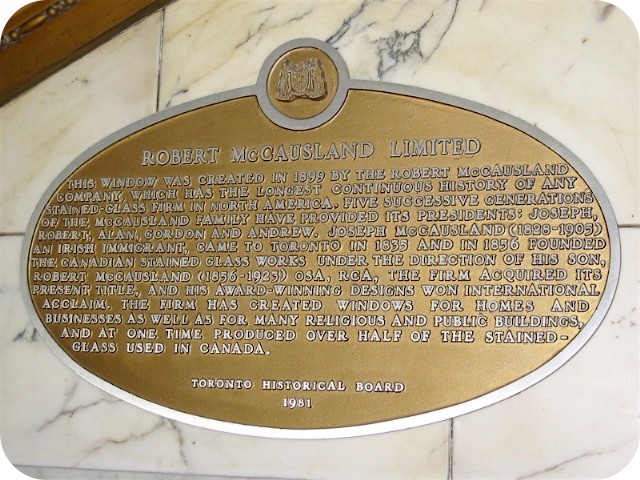 This window was created in 1899 by the Robert McCausland Company, which has the longest continuous history of any stained-glass firm in North America. Five successive generations of the McCausland family have provided its presidents: Joseph, Robert, Alan, Gordon and Andrew. Joseph McCausland (1828-1905), an Irish immigrant, came to Toronto in 1835 and in 1856 founded the Canadian Stained Glass Works. Under the direction of his son, Robert McCausland, (1856-1923) OSA, RCA, the firm acquired its present title, and his award-winning designs won international acclaim. The firm has created windows for homes and businesses as well as for many religious and public buildings, and at one time produced over half of the stained-glass used in Canada.