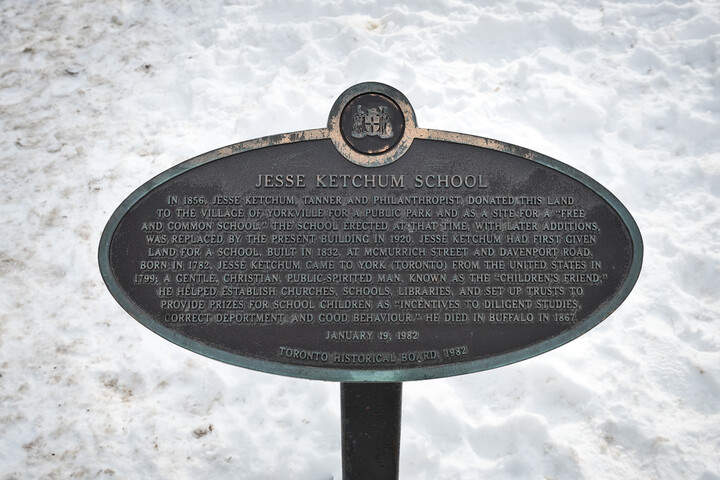 In 1856, Jesse Ketchum, tanner and philanthropist, donated this land to the Village of Yorkville for a public park and as a site for a "Free and Common School". The school erected at that time, with later additions, was replaced by the present building in 1920. Jesse Ketchum had first given land for a school, built in 1832, at McMurrich Street and Davenport Road. Born in 1782, Jesse Ketchum came to York (Toronto) from the United States in 1799. A gentle, Christian, public-spirited man, known as the "Children's Friend", he helped establish churches, schools, libraries, and set up trusts to provide prizes for school children as "incentives to diligent studies, correct deportment, and good behaviour". He died in Buffalo in 1867.