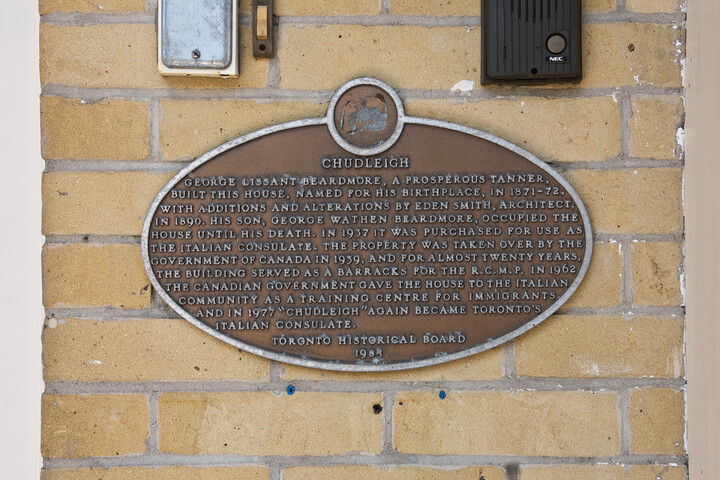 George Lissant Beardmore, a prosperous tanner, built this house, named for his birthplace, in 1871-72, with additions and alterations by Eden Smith, Architect, in 1890. His son, George Wathen Beardmore, occupied the house until his death. In 1937 it was purchased for use as the Italian Consulate. The property was taken over by the Government of Canada in 1939, and for almost twenty years, the building served as a barracks for the R.C.M.P. In 1962 the Canadian Government gave the house to the Italian community as a training centre for immigrants and in 1977 "Chudleigh" again became Toronto's Italian Consulate.