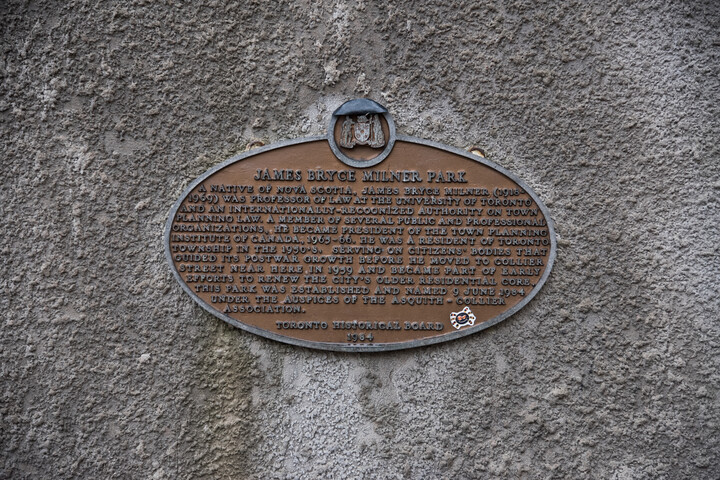 A native of Nova Scotia, James Bryce Milner (1918-1969) was professor of law at the University of Toronto and an internationally-recognized authority on town planning law. A member of several public and professional organizations, he became president of the Town Planning Institute of Canada, 1965-66. He was a resident of Toronto Township in the 1950's, serving on citizens' bodies that guided its postwar growth before he moved to Collier Street near here in 1959 and became part of early efforts to renew the city's older residential core. This park was established and named 9 June 1984 under the auspices of the Asquith-Collier Association.