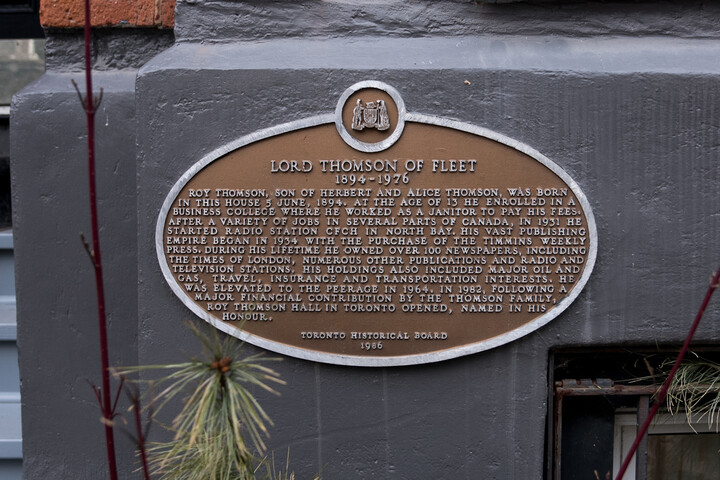 Roy Thomson, son of Herbert and Alice Thomson, was born in this house 5 June 1894. At the age of 13 he enrolled in a business college where he worked as a janitor to pay his fees. After a variety of jobs in several parts of Canada, he opened in 1931 Radio Station CFCH in North Bay. His vast publishing empire began in 1934 with the purchase of the Timmins Press. At the time of his elevation to the Peerage in 1964, he owned over 100 newspapers, including the Times of London, numerous other publications, and more than two dozen radio and television stations. In 1982, following the major financial contribution of the Thomson Family, Roy Thomson Music Hall opened, named in his honour.