Women at the University of Toronto Commemorative plaque, 1985. 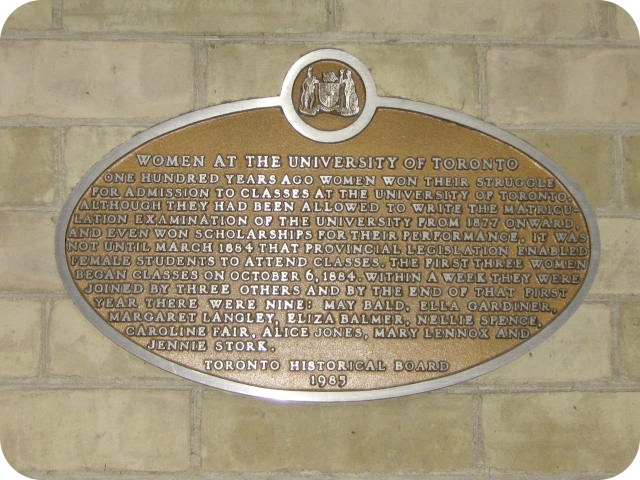 One hundred years ago women won their struggle for admission to classes at the University of Toronto. Although they had been allowed to write the matriculation examination of the university from 1877 onward, and even won scholarships for their performance, it was not until March 1884 that provincial legislation permitted female students to attend classes. The first three women began classes on October 6, 1884. Within a week they were joined by three others and by the end of that first year there were nine: May Bald, Ella Gardiner, Margaret Langley, Eliza Balmer, Nellie Spence, Caroline Fair, Alice Jones, Mary Lennox and Jennie Stork.

Women at the University of Toronto Commemorative plaque, 1985.