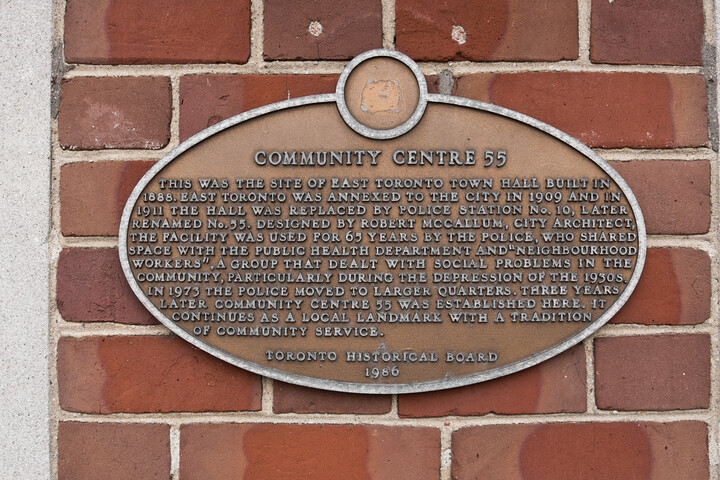 This was the site of East Toronto Town Hall built in 1888. East Toronto was annexed to the City in 1909 and in 1911 the hall was replaced by Police Station No.10, later renamed No.55. Designed by Robert McCallum, City Architect, the facility was used for 65 years by the police, who shared space with the Public Health Department and "Neighbourhood Workers", a group that dealt with social problems in the community, particularly during the depression of the 1930s. In 1973 the police moved to larger quarters. Three years later, Community Centre 55 was established here. It continues as a local landmark with a tradition of community service.