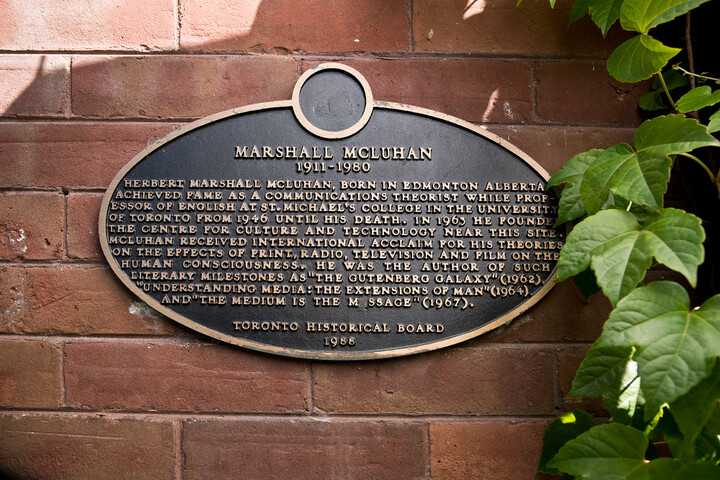 Herbert Marshall McLuhan, born in Edmonton Alberta, achieved fame as a communications theorist while professor of English at St. Michael's College in the University of Toronto from 1946 until his death. In 1963 he founded the Centre for Culture and Technology near this site. McLuhan received international acclaim for his theories on the effects of print, radio, television and film on the human consciousness. He was the author of such literary milestones as "The Gutenburg Galaxy" (1962), "Understanding Media: the Extension of Man" (1964), and "The Medium is the Massage" (1967).