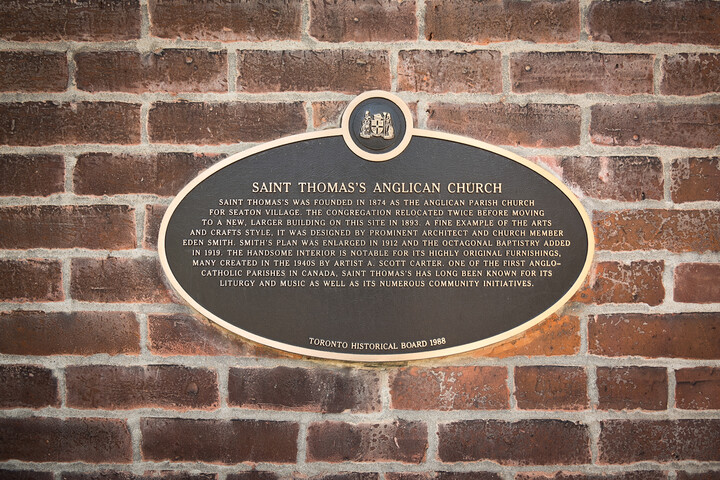 Saint Thomas's was founded in 1874 as the Anglican Parish Church for Seaton Village. The congregation relocated twice before moving to a new, larger building on this site in 1893. A fine example of the Arts and Crafts style, it was designed by prominent architect and church member Eden Smith. Smith's plan was enlarged in 1912 and the octagonal baptistry added in 1919. The handsome interior is notable for its highly original furnishings, many created in the 1940s by artist A. Scott Carter. One of the first Anglo-Catholic parishes in Canada, Saint Thomas's has long been known for its liturgy and music as well as its numerous community initiatives.